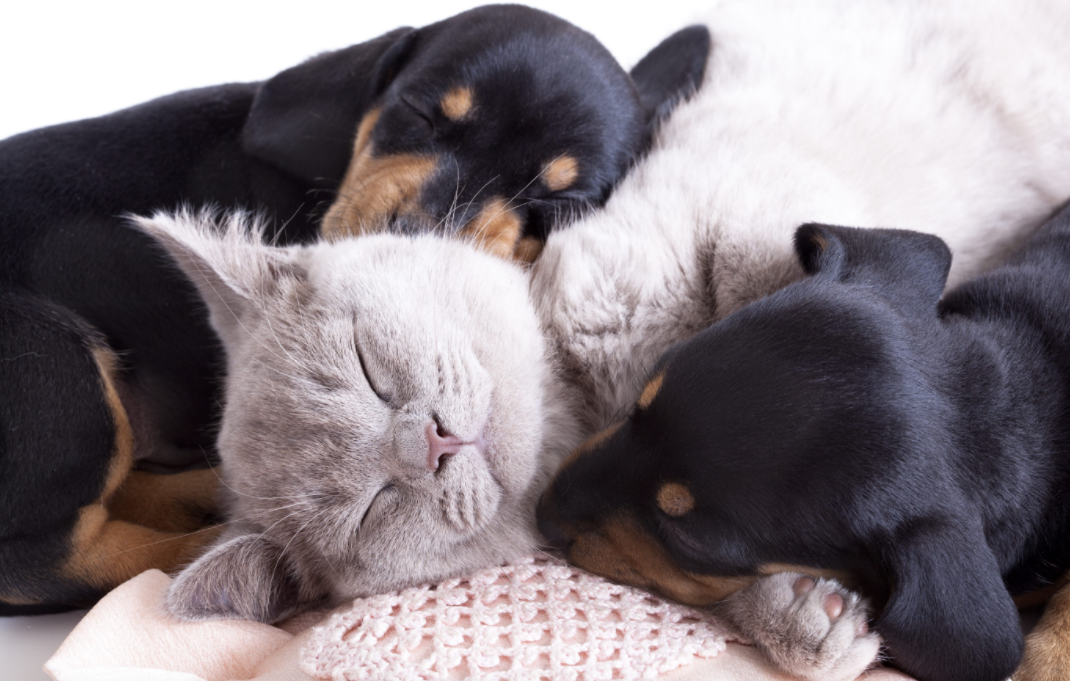 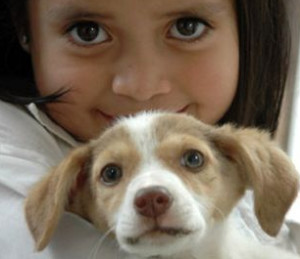 In 1994, Christine Crawford went to Costa Rica for a vacation. Struck by the idyllic beauty of the countryside, she never left.

Everything took at bit of getting used to though–back then, there were hardly any roads, for example.

Christine had never paid a lot of attention really to dogs and cats, but she couldn’t help noticing that there were a lot of dogs being dropped off. Most of the vets in Costa Rica were agricultural vets–not really trained in the care of small animals.

The dogs that were dropped off always looked hungry, so Christine began carrying around bags of dog food wherever she went.

She got her first advice in how to begin helping the dogs from PETA. They suggested to her that the best way to help would be to start a spay/neuter program.

Dr. Nemo, a vet just out of vet school, volunteered to help her.

When Dr. Nemo, Christine, and another vet, Dr. Adrian, set out to do their first spay/neuter project, they drove for four hours to get to a town on the beach of the Pacific Coast, “Jaco.”

They stayed at the house of a friend of Christine’s–and used her kitchen as an operating room! For recovery, the dogs stayed overnight.

While the two vets were doing surgeries, Christine walked around town, recruiting clients. She had to explain to everyone what spay/neuter actually was.

The whole idea of spay/neuter seemed quite strange to people. Christine says, “Their relationship with the medical profession is different. If they are sick themselves, they go to a pharmacy, not to a doctor. In a really extreme situation, they will go to a hospital.” So the concept of taking their dog to a doctor to have an operation at first seemed really odd to most people.

This first spay/neuter project took place in ’97, and they did about half a dozen spay/neuters–all of owned dogs.

Christine approached Dr. Alex Valverde, a board member of the College of Veterinary Medicine. Eventually, he said to her, “If you can come up with 20 anesthesia machines, then I will start a spay/neuter program.”

His offer meant that spay/neuter would then become an acceptable, approved of procedure. Before that time it simply wasn’t done.

Two benefactors, Ben Watkins and his wife, Mary Schanz, helped by building and donating ten of the anesthesia machines.

The machines were distributed to vets who agreed to be involved in the spay/neuter programs. Naturally, the brand new anesthesia machines were much sought after and provided a good incentive for some of the vets who may have been hesitating on the sidelines.

Esther Mechler of SPAY USA came for a visit to Costa Rica. Seeing the immense potential of the program that was just starting out, she arranged for three vets from Costa Rica to travel to the U.S. to learn to do spay/neuters.

Christine recalls the first time she phoned an airline to ask for help with transporting the vets. She called Delta airline and said, “Hello, my name is Christine Crawford, and I work with street dogs.”

Amazingly, the voice on the other end of the line, replied. “You work with street dogs? Fantastic! What can I do for you?”

Delta donated the transportation for one of the vets to fly to the US–just one of so many times that Christine says, “Things seemed just to fall into place as if by magic.”

Early on, they got a grant from North Shore Animal League to start a program to train vets.

Shelters not being the answer

Two of their fundamental aims have always been spay/neuter and no shelters. Christine believes that shelters can so often cause more harm than good. Taking animals off the streets opens up a void, which just means that new animals move in to fill up the space, worsening the problem of overpopulation.

She maintains, judging from her own observations, that shelters can actually double the population of street dogs.

The McKee Project doesn’t do the actual spay/neuters. Their role is to train local vets, and, at the same time, to appoint delegates in the communities, as community leaders, to monitor the street dogs–making sure they are de-wormed, vaccinated, and fixed.

She recalls one occasion when they were first starting out, going to a little community where a committee of people intended to build a shelter. Dr. Vicente gave a presentation focusing on TNR (trap, neuter, return), stressing the importance of returning the animals after spay/neuter back to the spot where they had been picked up.

Disregarding this wise advice, the committee in the little town went ahead and opened a shelter anyway. Going back a year later to the same town, Christine says, they found inside the now crowded shelter, 100 badly-cared for dogs–while, outside on the streets, the street dog population was right back to the same number it had been before the shelter had been built. In other words, the total street dog population had doubled–while even the dogs in the shelter were not happy and not well cared for.

Christine makes the valuable point that, when the dogs are returned back to where they are picked up, the street dog population then stabilizes and the numbers remain constant.

Whatever town they go to, they pick community leaders, who will organize the spay/neuter program. Nothing will work unless the local community is fully engaged.

Last year, in Guatamala, the McKee Project trained 100 vets during a year-long program.

Christine says that Dr. Vicente and Carla Ferraro are the backbone of the whole operation. The way the program works is that they bring four vets and four community leaders to Costa Rica for a four-day immersion training.

The vets learn the medical procedure–and the community leaders–who are “the most interested people who will spread the word” are trained in how to involve and gain support in the community.

Carla trains the volunteers in practical steps like how to go door-to-door, persuading families to have their dogs spayed and neutered.

Back in their communities, the volunteers may spend four-hour shifts walking among rows of tin shacks, getting people to bring their animals for spay/neuters.

No matter what communities they are working in–even the poorest–even those that are crime-ridden–they always charge a small fee for spay/neuter because in this way, people will value the procedure.

Whatever people can pay is fine, but they must pay something. Sometimes a little boy will give a handful of coins to get his puppy spayed. In that way he will understand that the procedure is important.

In some areas where they first went, there were really no practicing vets at all. “Now,” Christina comments, “There are vets on almost every corner.” The McKee Project has created a real cultural change. People not only have come to value spay/neuter, but they have begun to appreciate the whole veterinary profession and how vets can help their animals.

One of the jobs of the community leaders is to raise funds. First they will see what the vets need to charge. Then they will hold fund-raising events to make up the difference in what is needed, after charging people a small fee. The cost may be around $3.

One vet started out his practice in a garage. Now there is so much demand for his services that he owns two clinics. He probably does 400 surgeries in one month.

Some of the animals that they spay/neuter are owned animals; others are street animals. When the animal seems to have no person, they look for a family to volunteer to care for that animal and keep him or her inside for a few days’ recovery time.

Now the University in Guatamala City is training every vet student in the spay/neuter procedure. In the past, vet students were only taught large animal care.

Christine explains their goal. “To replicate this program everywhere in Central America and in all of Latin America.”

From country to country

They just did a presentation in Belize, and they hope that soon there will be no more killing of dogs there. They aim to interrupt the vicious cycle which involves killing the dogs by poisoning them, having garbage in the streets that attracts more dogs, having dogs developing diseases from the unsanitary conditions, and having an increase in the population of rats. All of these factors are bad for humans and bad for animals too. The presentation they make to city councils focuses on human health benefits, as well as humane treatment of the animals.

In Mexico, they’ve also trained 100 vets. In Nicaragua, they’ve just started doing trainings. This past April they were in Nicaragua for two days. During the vet training for Nicaragua, they spayed/neutered 39 animals.

They’ve done trainings in Panama, Argentina and Brazil. In small towns they have to bring electrical generators and water along with them. Nothing seems to stop them.

What you can do

To read more about the McKee Project, please go to their website: