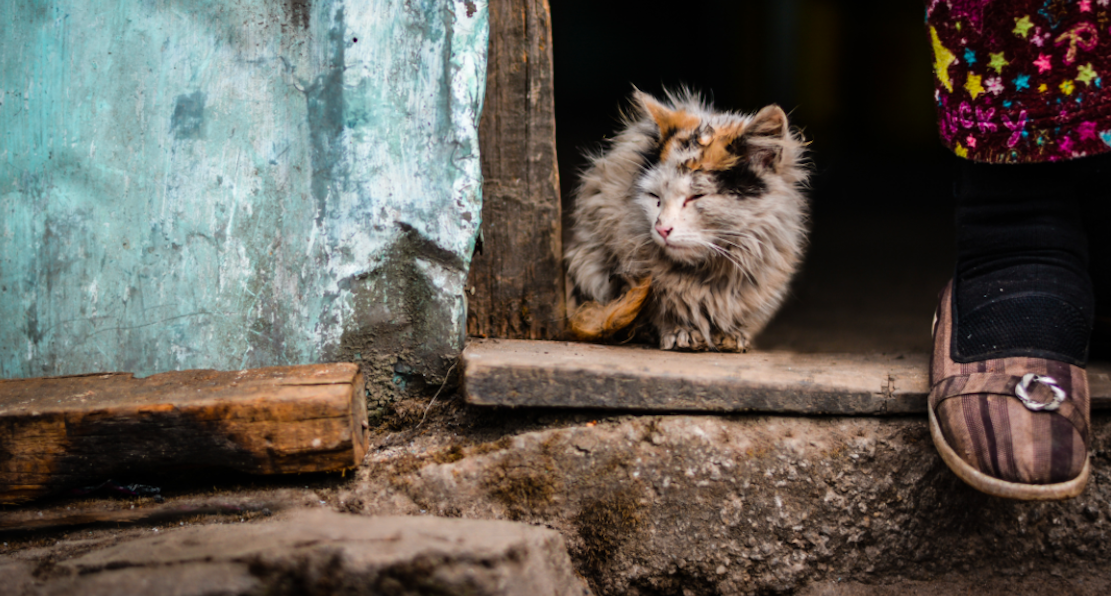 Years ago, while my husband and I were enjoying a meal at a beachside hotel, a cat jumped on the table, landing in my husband’s plate. He used up all our napkins wiping kitty’s feet. Not everyone is so sanguine about cats in his food, but the furry felines, like us, are attracted by the tantalizing smell of good cooking.

The idea of Cat Cafés came about because the abundance of strays that hang around hotels can create problems, one being that the guests like to feed them.

Carla Ferraro, coordinator of the animal welfare group McKee Project in Costa Rica, is getting across the idea that the solution to stray cats is not eliminating them but controlling them. That’s how Cat Cafés came about.

“Getting rid of the cats means there’ll be more cockroaches, rats and mice, and in six months’ time more strays will start coming around,” she pointed out.

Cat Cafés are areas on hotel grounds where cats can live. The strays are captured, neutered or spayed, vaccinated and dewormed, and their ears are notched so that there are no repeats.

The Cat Café includes open-sided shelters with sleeping areas, feeding trays and even toys and a sandy sanitary area as a bathroom.

The hotel provides the cats food from its kitchen, as well as cat food, to keep the animals in the pink, and volunteers and veterinarians check periodically to see that the cats are taken care of and that newcomers get equal treatment. Because the cats are in close contact with hotel guests, it’s important that the area and the animals are clean and healthy.

How do hotel guests feel about finding cats in residence? Many like it.

“One of the problems before was that guests fed cats all over the grounds, luring them into buildings and leaving food in odd corners,” Ferraro explained.

“With Cat Cafés, guests who want to interact with the feline force can feed them and play with them in the café area, and those who don’t want cats around needn’t even see them,” Ferraro said.

One hotel with a Cat Café is Condovac in Playa Hermosa, on the northern Pacific coast.

“They had a cat problem for years,” Ferraro said. “Their idea was to round them up and get rid of them. We convinced them that’s only a temporary solution. It’s better to ‘control’ the cats.”

The hotel now has 22 resident cats, and guests seem to enjoy them.

It’s not easy getting hotels and institutions to accept Cat Cafés.Many would like to do it but have doubts, including concerns about health, keeping up the grounds and possible complaints from guests.

“A Cat Café may seem like an added burden, but it’s more of an added attraction,” Ferraro said. “People like to feed the cats and play with them, or just observe them.”

Cat Cafés can be adopted by institutions. The newest is under construction at El Buen Pastor women’s prison in the southern San José suburb of Desamparados. Ferraro said it took convincing to set up a café to control the cats that wandered in. Many of the women prisoners liked having pets around, but they were feeding them all over the yard.

With a Cat Café, the cats will have their own area and the women can take responsibility for their care.

While the McKee Project is leading the way with Cat Cafés, other organizations are also contributing. The National Animal Health Service (SENASA) checks the health of the cats, while the National Association for the Protection of Animals (ANPA) helps with volunteers and equipment, such as humane traps and cages, and the World Society for the Protection of Animals (WSPA) provides funding.

Ferraro, 34, has had a lot of experience with both cats and hotels. As a former events manager at a hotel in the central Pacific coast town of Jacó, she became concerned about the cats and dogs that roamed the area. She organized spay-neuter and adoption campaigns and got to know the people working with the McKee Project, which promotes spaying and neutering and trains veterinarians in safe, easy operating methods. Ferraro now coordinates McKee activities for Costa Rica and has helped get the program started in Guatemala.

“We believe that Cat Cafés will work,” she said. “More hotels and institutions have to see Cat Cafés as a humane solution that leaves everyone happy, including the cats. It’s a win-win situation.”